Six of these patients received the low dose of the therapy — which is delivered directly into the brain — and two received the high dose. In parallel, six additional participants underwent a sham brain surgery, four in the low-dose group and two in the high-dose group. This brings the total of participants treated so far to 14.

“We continue to be very pleased with the enrollment of this important study and look forward to having the trial fully enrolled by the middle of next year,” David Cooper, MD, vice president of uniQure’s clinical development, said in a press release.

This ongoing, multi-center, U.S. Phase 1/2 trial (NCT04120493), is evaluating AMT-130’s safety, tolerability, and effectiveness against a sham procedure in up to 26 adults, ages 25–65 years, with early stage Huntington’s disease.

AMT-130 is a gene therapy that uses a modified and harmless adeno-associated virus to deliver to cells a small RNA molecule, called microRNA, designed to lower the production of the disease-causing, mutated huntingtin protein.

Specifically, this microRNA binds to the RNA molecule carrying the instructions to generate the abnormal huntingtin protein, targeting it for degradation and preventing the production of the mutated protein.

As such, AMT-130 is thought to target Huntington’s underlying cause, rather than treating its symptoms.

The one-time gene therapy is administered directly into the striatum — a brain region involved in movement control — through a surgical procedure known as MRI-guided convection-enhanced delivery.

The trial, which consists of a 12-month core study period followed by a long-term follow-up for four years, is recruiting at several sites across the U.S. (see here contacts and locations for study enrollment). Participants are divided into two groups: the low-dose group and the high-dose group.

In the low-dose group, where patient enrollment and treatment have already been completed, six participants were assigned to receive a low dose of AMT-130, and four to an imitation (sham) surgery.

After reviewing up to nine months of safety data from these 10 patients, the data safety monitoring board recommended the trial start enrolling and dosing participants in the high-dose group.

The high-dose group will include a total of 16 patients, who will be assigned randomly to receive either AMT-130’s high dose (10 patients) or undergo a sham surgery (four patients). To date, two participants have been treated with the high dose of the therapy and two others were assigned a sham procedure in this group.

One year after surgery, participants will be informed whether they received AMT-130 or the sham procedure, and those given the sham surgery then may be eligible to receive the gene therapy, pending a data review by the monitoring board and the U.S. Food and Drug Administration.

The study’s main goal is to assess the therapy’s safety, while its secondary goal is to measure how long AMT-130 remains in the brain. Other intentions  include assessing changes in patients’ motor and cognitive functions, brain features, levels of disease biomarkers, depression and anxiety, and quality of life.

According to uniQure, to date no major safety concerns have been identified across the first 14 participants who already completed their assigned surgical procedures.

Along with this U.S. trial, a European Phase 1b/2 study of AMT-130 is expected to enroll up to 15 patients with early manifest Huntington’s disease, who also will be divided into two dose groups.

These trials are expected to confirm AMT-130’s therapeutic potential and establish its optimal dose to be evaluated in either a Phase 3 trial or a confirmatory study — should an accelerated path to approval be possible. 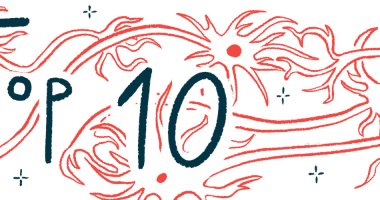