My Huntington’s Journey, from Childhood to College 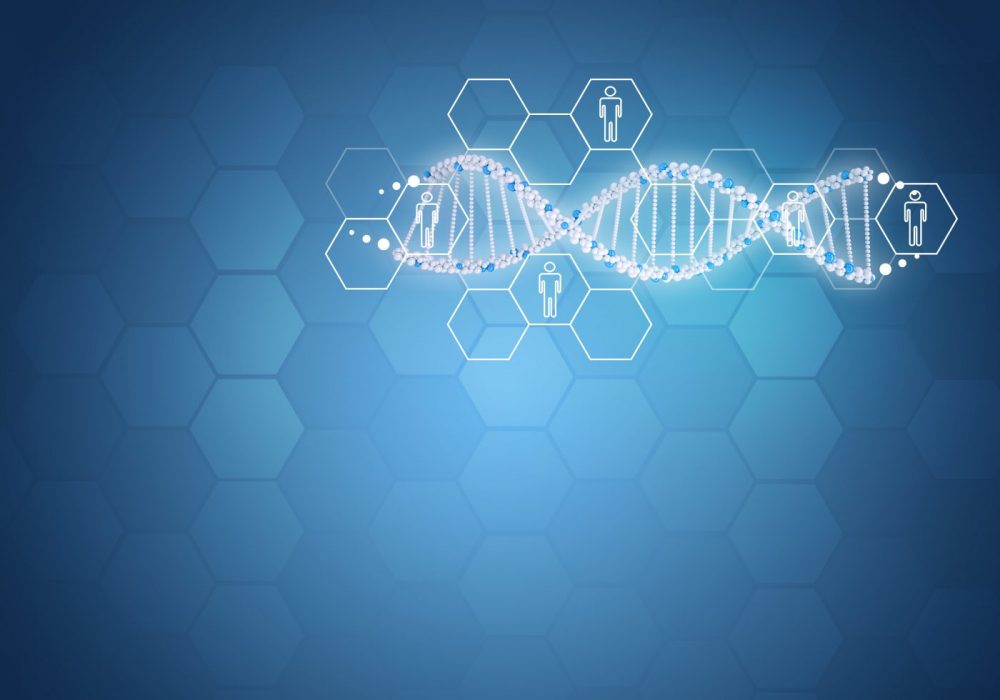 Growing up, the fact that my grandfather had Huntington’s disease (HD) wasn’t a secret. It was the reason that, when we drove to Pennsylvania to see my family, we had to pull over to feed him through a tube. It was also why I watched the man who would play Monopoly with me when I was sick slowly disappear.

He was the closest thing I had to a father as a child. He was patient and caring, but over the years, his patience disappeared. He stopped trusting what he felt, and his emotions became volatile. I knew for years that his death was coming, but I will never forget the day I found out that he had passed away.

I knew growing up that because my grandfather had the HD gene, my two uncles and my mother had a 50 percent chance of inheriting it, meaning I had a 25 percent chance. That seemed a relatively small percentage to some people, but I often functioned as though I had it. For me, a 25 percent probability was enough to decide not to have biological children of my own.

My mother and I are ridiculously close. She raised me for a large portion of my life as a single mother, and I’m practically a miniature version of her. We are so alike that growing up, my name was LJ — Little Jill. Although I may have functioned as though I had the HD gene, I hadn’t really contemplated how I would feel or what I would do if my mom tested positive.

I found out the hard way last December when I was home on break. My mother was suffering from depression and anxiety, the first symptoms of onset, and she decided to get tested. The news was devastating to me. I immediately flashed back to watching my grandfather slowly disappear, and I still cannot fathom how I’m supposed to handle the same thing happening to her.

The news of my mother’s diagnosis also strengthened my desire to get tested. I had contemplated getting tested in the past and even reached out to a researcher at the university I was attending. For me, an unknown is always worse than the known. You cannot do anything about an unknown; you cannot take action or even mentally prepare. However, at the time, had I tested positive, I would have been giving my mother a diagnosis as well. Now, that possibility was no longer stopping me.

My parents reached out to a social worker at Beth-Israel Hospital in Boston to help me set up an appointment for the testing. They do HD clinics on the first Monday of every month, which was highly inconvenient as I had class from 9:30 a.m. to 10 p.m. I ended up picking a class to skip and scheduled my appointment for April 1, which was a much more acceptable date for the blood draw than for the results.

At the appointment, I felt as though I were being put on trial. I was forced to continually defend my reasons for getting tested; it felt like they would reject my request if I didn’t give a satisfactory argument. I then had to wait almost a month to get the results.

On April 26, I went back to Beth-Israel with four amazing friends who insisted on accompanying me. As we walked into the social worker’s office, I knew the results before they told me: I have the HD gene. The genetic counselor’s first question was how I was feeling. I responded, honestly, that I was hungry. The results were by no means good news, but it was just a confirmation of what I had thought for so much of my life. It also didn’t change anything in my life at that moment. I was still going to graduate, move into an apartment, and start a new job. And on the upside, I could better plan for the future and start saving money for the medical expenses I will incur later.

While I’m only 22, I have lived with this disease long enough to know what it does. I went from helping take care of my grandfather in elementary school to having the knowledge that I will personally struggle with this disease. Sometimes it feels like it’s just a nightmare that I will wake up from at any moment. Sometimes it takes my breath away. Sometimes I look at the amazing support around me and feel like I can get through anything. This disease has been, and always will be, a part of my journey.

Hi Alexus,
I linked to your article from your dad's column.
He said... Welcome to our "wonderful, beautiful, kind, brilliant daughter" I'm quite certain he nailed it.
For a 22 year old to be tested for Huntington's disease, and then to go on and write an HD related column, the one word that comes to my mind is courageous. I am beyond certain that you don't view yourself as courageous. That is OK. I get to choose my own adjective. You will be an inspiration to others as they come to find out a family connection, or perhaps their own diagnosis of
Huntington's disease. For me, I am looking for ways to support my BFF as her symptoms become more pronounced.

Hi Deb,
I appreciate your comment. You're right, I don't see myself as courageous. Yes, it can definitely be a bit scary putting my life and thoughts out like this (especially since my first name is spelled in a unique enough way that this is easily linked back to me). However, my hope is that I can make someone in a similar situation feel like they aren't alone.
I think it's really wonderful that you are doing research on how to support your BFF, that in itself is very supportive.
Best,
Alexus

Articles like this make me a stronger person. Right now im a 17 year old that soon wants to get tested in a year or so. Thank you for being such an inspiration to me and others.

I'm glad that I can help along your journey. I know testing can be extremely stressful, so I hope that you are able to get the support you need through it.