The identification of the Huntington’s disease (HD) gene in 1993 opened doors for new scientific exploration. The HD community of families and researchers around the world were excited about what the discovery could mean. Since then, that knowledge has informed researchers about where to focus their studies.

The discovery also changed a fundamental component of the Huntington’s disease journey. Instead of living in the unknown, a genetic test is now available for those of us at risk of inheriting the condition from a parent. This realization led to generations of family members facing an incredibly difficult decision: to test or not to test. In the summer of 2015, I was faced with that dilemma.

For most of my adult years, I believed I was not at risk for Huntington’s disease. My father’s late-onset HD, combined with the fact that he told me he had been tested and was negative, led me to conclude that I was in the clear.

That, of course, was untrue. Once I began noticing changes in my father’s personality and physical appearance that were consistent with some type of neurological illness, red flags and alarms began going off in my head. “Could it be Huntington’s disease? Can someone live without symptoms into their 60s?“

I decided to reach out to a genetics clinic to find out whether my fears were real. After meeting with a geneticist and a genetics counselor, we agreed that I should have an HD test to rule it out.

The geneticist thought my risk for a positive result was unlikely. He gave me the option of receiving the test results by phone rather than returning to the clinic. In retrospect, I’m surprised that I was given this option. I regret agreeing to it now that I’m more knowledgable about the process, the disease, and the emotional reaction I experienced to my positive result.

In the summer of 2015, I took a phone call from the genetics counselor while I was working in my home office. The result was positive; I had 42 repeats in my CAG score, to be exact. I was stunned. I didn’t know what to do, where to go, or whom to call — and my wife was out with our young kids.

I spent hours until my wife returned trying to keep myself together. I visited a neighbor for a half hour or so, but other than that, I was alone during this horrible time. “What was I thinking agreeing to take this news over a phone call?” I thought.

What I learned that may help you

I learned a few things from the Huntington’s disease genetic testing experience. If you are considering being tested, these tips may be helpful:

First, have a support system with you when you receive the results. This can be a spouse, a loved one, or a friend. Most genetic clinics will insist on this and will refuse to proceed with testing if you do not agree to it. I realize that this requirement exists for a good reason. Everyone needs support through the process, even if the result is negative.

Second, survivor’s guilt is a real thing. I have two sisters, both of whom underwent Huntington’s disease genetic testing. One was positive like me; the other, negative. As I mentioned, a negative result can stimulate powerful and unexpected emotional responses. My sister with the normal test result expressed great feelings of guilt because she was the only one of the three of us to test negative. Having support for her was paramount as well.

Finally, the shock of my HD test result took a toll on my family. My wife took time off work as we dealt with the diagnosis. It took me several days and a trip to the genetics clinic before I began to see straight again. If you can, plan a couple of days off work after the test results appointment. Taking time will provide you with privacy to cope with the outcome, whatever it may be.

Do you have any helpful tips about navigating the difficult testing process? Please share in the comments below. 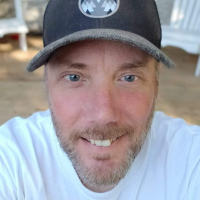 Steven is the author of the book “In-Between Years: Life after a positive Huntington’s disease test.” He also works as a registered nurse. in Central Ontario, Canada, with his wife and two fantastic kids. In his column, he writes about the dawning days of Huntington’s symptoms.
×

Steven Beatty
Steven is the author of the book “In-Between Years: Life after a positive Huntington’s disease test.” He also works as a registered nurse. in Central Ontario, Canada, with his wife and two fantastic kids. In his column, he writes about the dawning days of Huntington’s symptoms.
Latest Posts
Print This Page